RHOBH: Erika Jayne is back 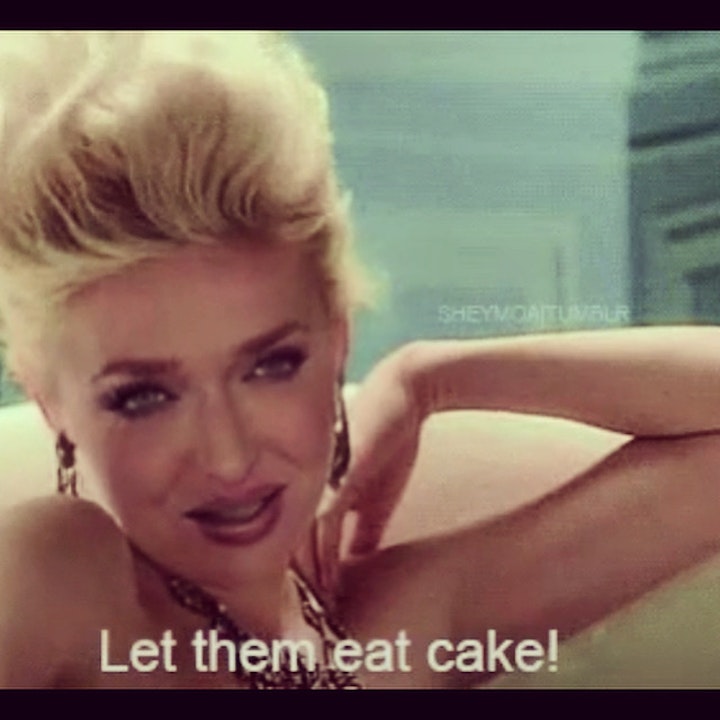 Hello and welcome to season two of GB Glam Squad. My name is Lisa Tait from the Prince & the Pervert Podcast. And with me, as always, is JT! Hello! Yes

Firstly, I want to say what happened to PK & Dorit was absolutely terrible. But she is amazingly tough and so exceedingly cool under pressure. I hope they are ok. It was just chilling to hear Dorit talk about her ordeal.

Now for the scandalous stuff.

A renewed and forceful (and we don’t mean Botoxed) Sutton is taking no prisoners and is giving no fs when it comes to Erika. It will be interesting to see if this season is an attempt at bringing Sutton down.

Rinna is already planning a takedown at Erika’s “poverty” home.

But Sutton is back as our resident Elle Woods getting to the bottom of the Erika Jayne maze Legally Blonde-style.

This scene with Kyle and Sutton was a cracker!

“But I don’t care if they’re rich, so maybe my qualifications might be a little different than your friend’s.”

“Maybe unlike Erika, I don’t need money,” she continued. “I don’t need that in order to make myself feel better. Maybe Erika misses her big house all the jewelry and the lifestyle, so she has to look for someone that can provide that for her.

So Page 6 asked Erika for her thoughts.

“Well, that’s not true, because if that’s what I wanted, I would already have it,”

“If what I wanted was a man with money, I would already have one. So no … I value intelligence, a sense of humor and someone that’s really good at whatever it is that they do in life. That’s the kind of man I’m looking for.”

However, Jayne previously told TMZ that she’s looking to date a “guy with money.” Here we go again. The lies!

How weird was the Garcelle scene?

“The bankruptcy trustee says Erika Girardi never had the Lion Air money. I have not been charged with a crime,” said Erika.

Duh duh duh! This is not going to age well.

Email has been submitted.